The Antique Gallery in Anchorage Alaska 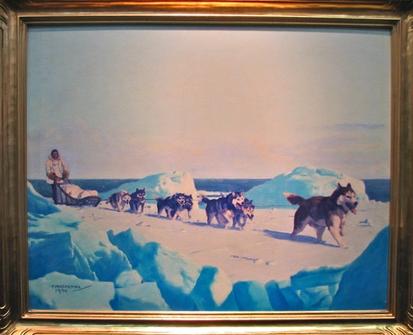 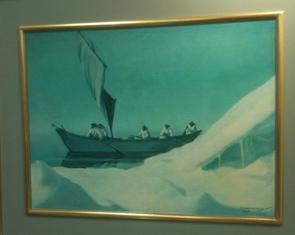 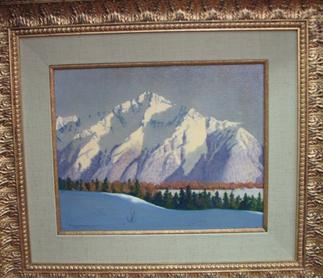 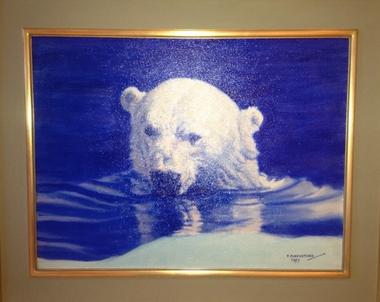 Fred Machetanz (February 20, 1908 – October 6, 2002) was an Alaskan painter and illustrator who specialized in depictions of Alaskan scenes, people and wildlife. He first came to the territory in 1935, when he traveled to Unalakleet to visit his uncle, Charles Traeger, who ran a trading post there and spent 2 years developing a portfolio of Alaskan scenes. After leaving Alaska, he spent some time as an illustrator in New York, but longed to return to Alaska. He returned in 1942 after volunteering with the U.S. Navy and requesting a posting to the Aleutian Islands during World War II. He rose to the rank of Lieutenant Commander and was responsible for intelligence for the North Pacific Command. After the war, he trained for a short time at the Art Students League in New York, studying lithography under Will Barnet, and then returned to Unalakleet in 1946.[1]

Machetanz married Sara Dunn, a writer, in 1947, and the two settled near Palmer, Alaska in 1951. They published several books together and collaborated on films for Walt Disney, the Territory of Alaska, and Encyclopædia Britannica. They also made many promotional and lecture tours through the lower 48 states from 1948 through 1960. The turning point in Fred's painting career came on April 21, 1962, when Bob Atwood, editor and publisher of the Anchorage Times, arranged for a one-man show of his paintings. The works at the show sold quickly, and the success allowed Fred to pursue painting full-time. From modern paintings to landscape paintings we have it all including original oil paintings for sale. The Antique Gallery's Fred Machetanz collection is second to none. 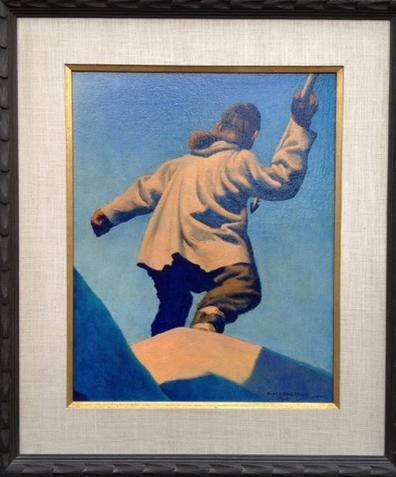